Tens of Thousands of Synapses 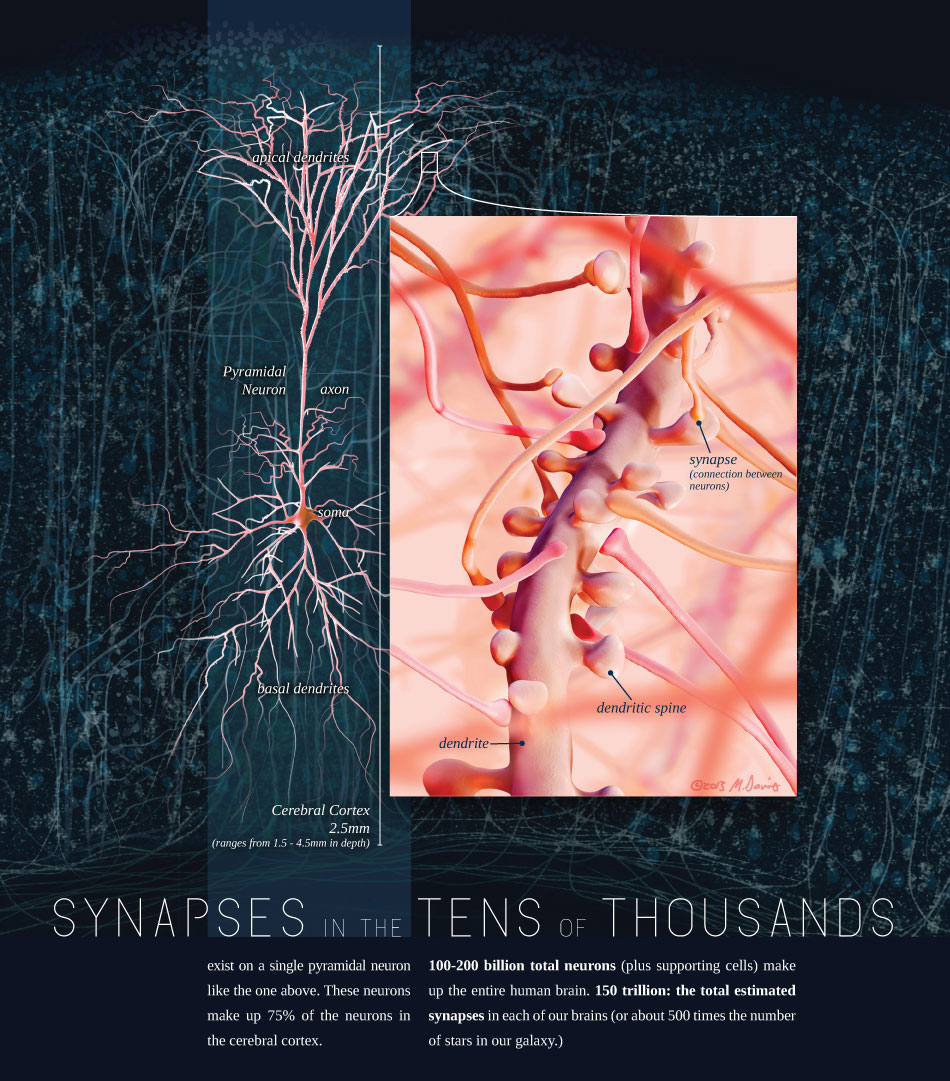 Text from the illustration:
Tens of thousands of synapses exist on a single pyramidal neuron like the one above. These neurons make up 75% of the neurons in the cerebral cortex. 100-200 billion total neurons (plus supporting cells) make up the entire human brain. 150 trillion: the total estimated synapses in each of our brains (or about 500 times the number of stars in our galaxy.)