Switching back to animalia instead of human anatomy, below is an Atlantic Sea Nettle, in white. Sea nettle jellyfish exist in a number of species, and even within atlantic sea nettles there seems to be a decent amount of color and tentatalce number, and size variation — everything seems to be more interesting than you think!

These are really lovely creatures though, at least visually (they do sting).

Below is a final render and an overview of the process! 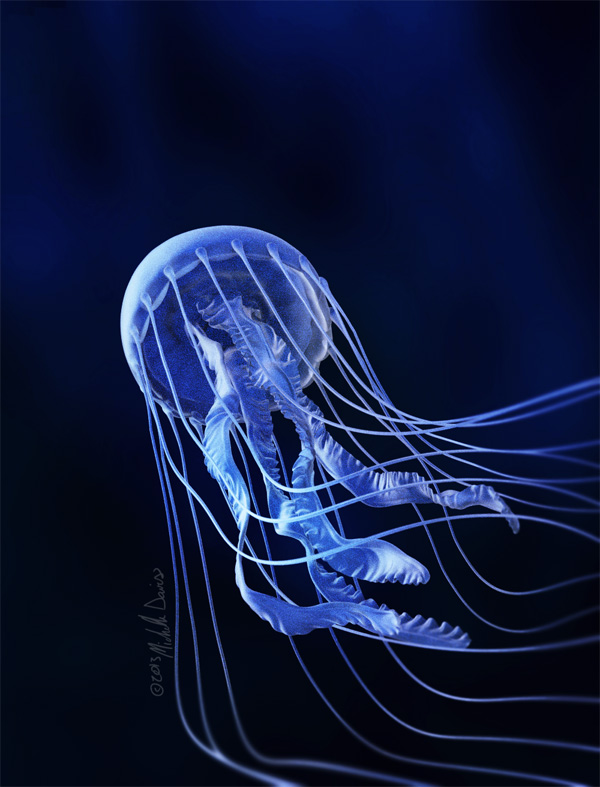 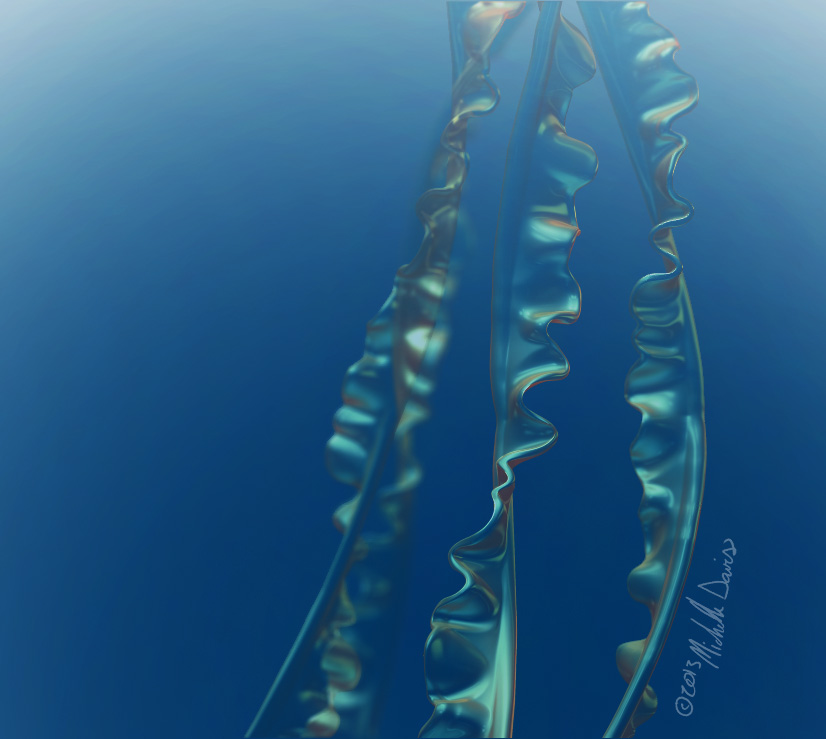 1. Use dynamesh to establish the basic form. This was more interesting than a blob-like creature would suggest as there were internal layers and details beyond the outer ‘shell’. 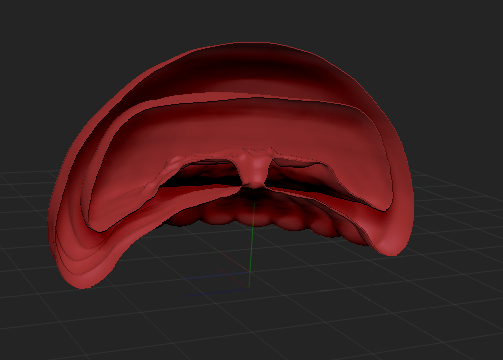 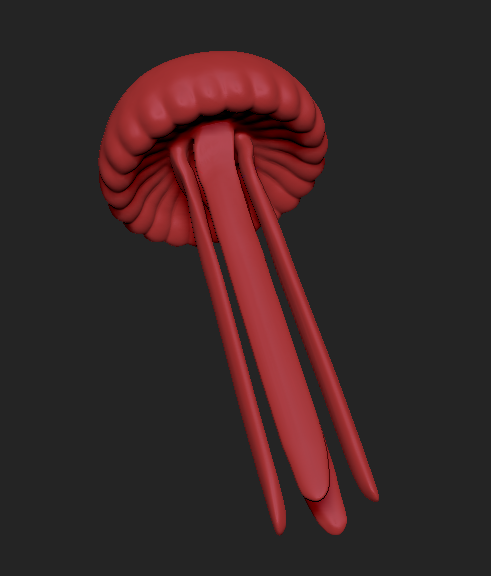 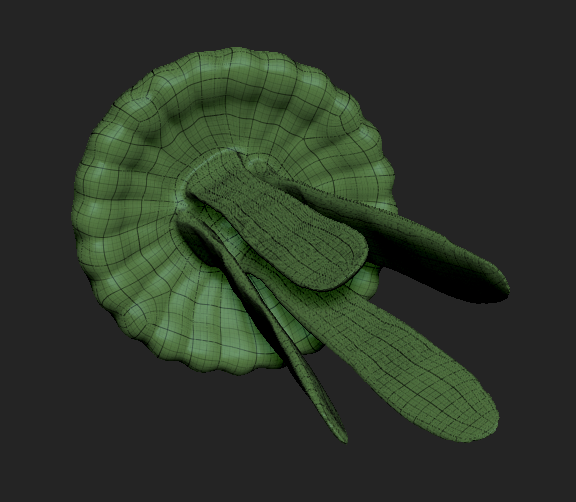 3. Add oral arm detail — the spiral brush was huge for this. 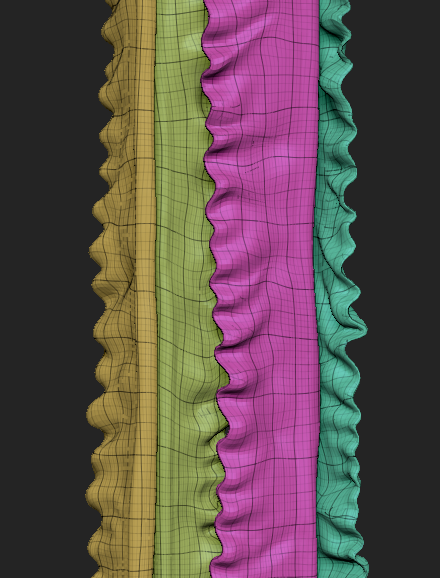 4. Pose — after exploring a few different ways to do this in Blender (rigging, deformations, soft body/cloth deforming) I actually came back to good ol’ ZBrush, using a lot of large and generalized brush strokes. Layes were added to the tentacles and jellyfish body so later I can add or make different poses. Again, the spiral brush was used a lot here. 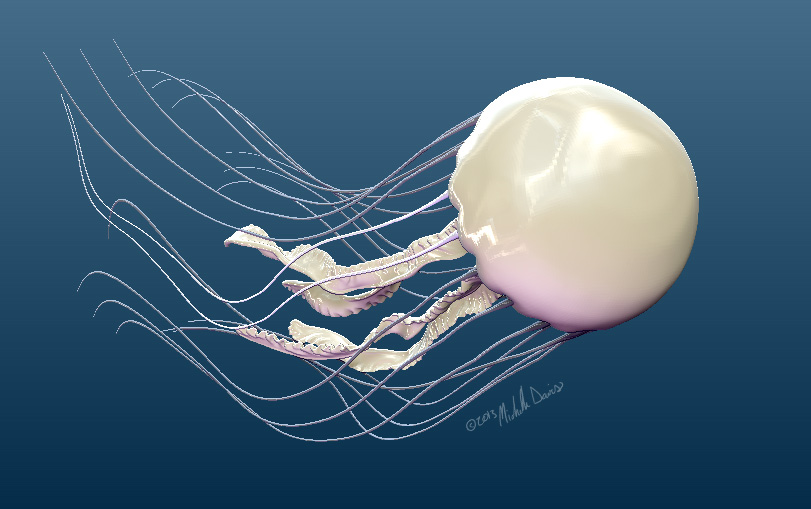 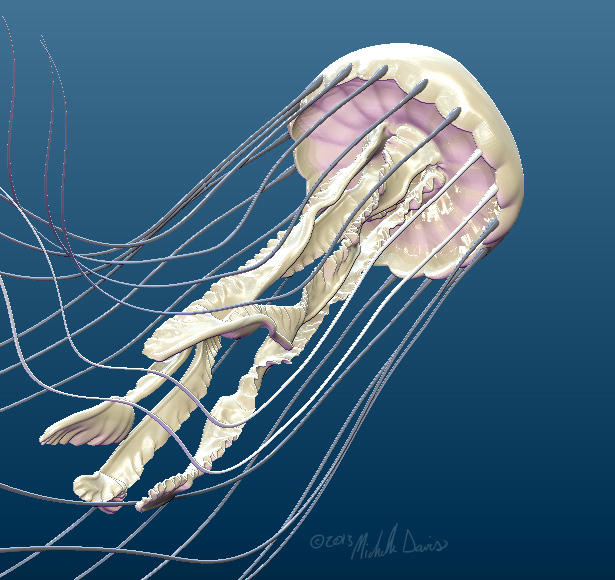 Back to ZBrush Porfolio Samples